Everyone has different rules when it comes to taking down their holiday decorations after the December festivities. Typically, I prefer starting the New Year without any remnants of the previous year with the exception of holiday cards. My rationale is simple. Aside from the wonderful season greetings from family, friends, colleagues and clients, these cards also contain best wishes for the New Year… So, I figure that I can hold on to them a bit longer and maybe some of these wishes would manifest themselves!

However, the inevitable day does eventually come. No matter how cheerful they may be, the cards just have to go! And once again, I find myself sorting cards into two piles: recyclables and trash. But is this a wasted effort?

Every year around December and January, you can typically find some media coverage and attempts by local authorities to inform households on how best to sort their seasonal refuse. So far, the message is the same. Pretty bows and ribbons, velvety flocking, shimmering glitter, metallic embossing and accents of gold and silver foil, while they may embellish the most exquisite and the tackiest of cards, they unfortunately plunge the latter into the depths of landfills. The same goes for those seasonal family portrait cards printed on glossy photo paper if they don’t pass the tear test. So sadly, unable to process the adorned paper and fearing clogged machinery, recycling facilities have no choice but to: (1) spend extra resources plucking out flashy seasonal paper from their upstream and shipping the rejected paper to landfills ; or (2) if resources are not available, force the contaminated paper recycling trucks to re-route and make their way to landfills where millions of tonnes of paper are dumped.[1]

What can we do?
Well, based on Zero Waste Canada, a Vancouver-based advocacy group, 2.6 billion holiday cards are bought in Canada every year! If we add the accompanying envelopes, that is the equivalent of 78,000 tonnes of paper[2]. This does not include cards received from friends and family from abroad. But let’s assume that the international comings and goings of holiday cards cancel out each other. Now, just for fun, let’s use my own data. This last December I received 26 paper cards. Of those cards, 12 had some sort of “contaminant”. So, I had to throw away 46% of my cards into the garbage. If we were to make a gross generalization and assume that 46% of 2.6 billion cards were covered in glitter, metallic ink, velvet or foil, this would mean that 1.2 billion cards ended their merry journey into a landfill. Ok, I know this is based on a rudimentary extrapolation, but that’s is the equivalent of 36,000 tonnes of paper that could have been diverted to a recycling facility.

So to answer my initial question, I’m happy to report that my efforts weren’t in vain. The lesson to be learned, if you still love the ritual of mailing warm wishes the good old fashion way. No matter how attracted you may be to shiny things, when it comes to holiday cards and any paper for that matter, steer away. And for that glitter covered card you received from your favourite aunt, grab a pair of scissors, cut out the glitter and recycle the rest. Be a s/hero for our Planet! 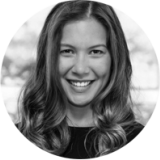 Siriya Couturier is a sustainability consultant at Green Framework. Connect with her via LinkedIn.